Recent developments in the EU-Georgia relationship raise questions among the Georgian public as well as international partners. The EU has made sharp assessments and expressed dissatisfaction with the results of judicial reform in Georgia, the existence of high levels of corruption, and the ineffectiveness of the fight against it. On August 31, according to the statement of Irakli Garibashvili, the Prime Minister, Georgia refuses the conditional EU loan.

The infographics below listing EU Assistance to Georgia in 2014-2024 and depicting the latest developments in the EU-GEO affairs, help evaluate whether the Georgian Government remains faithful to the declared goal on EU membership. 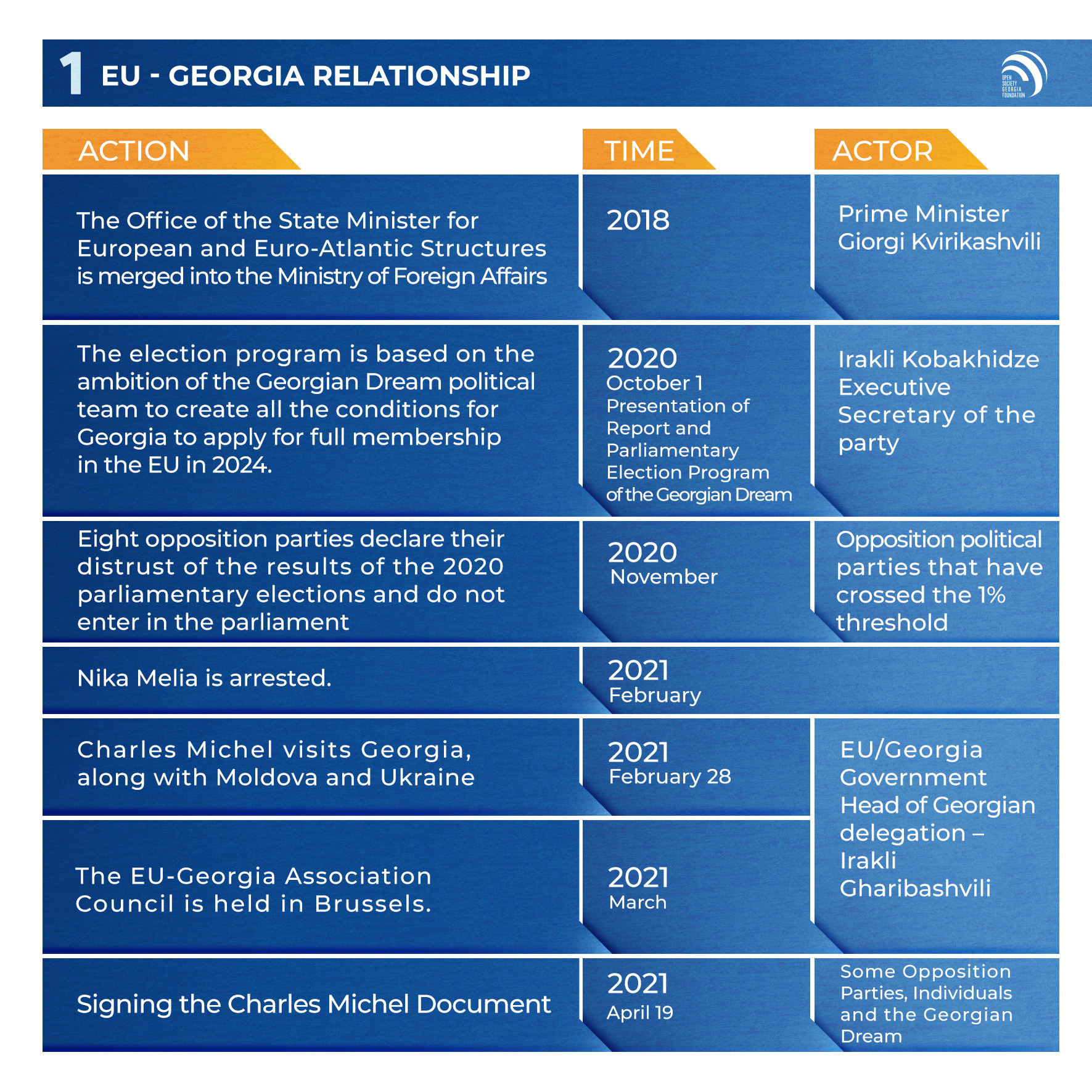 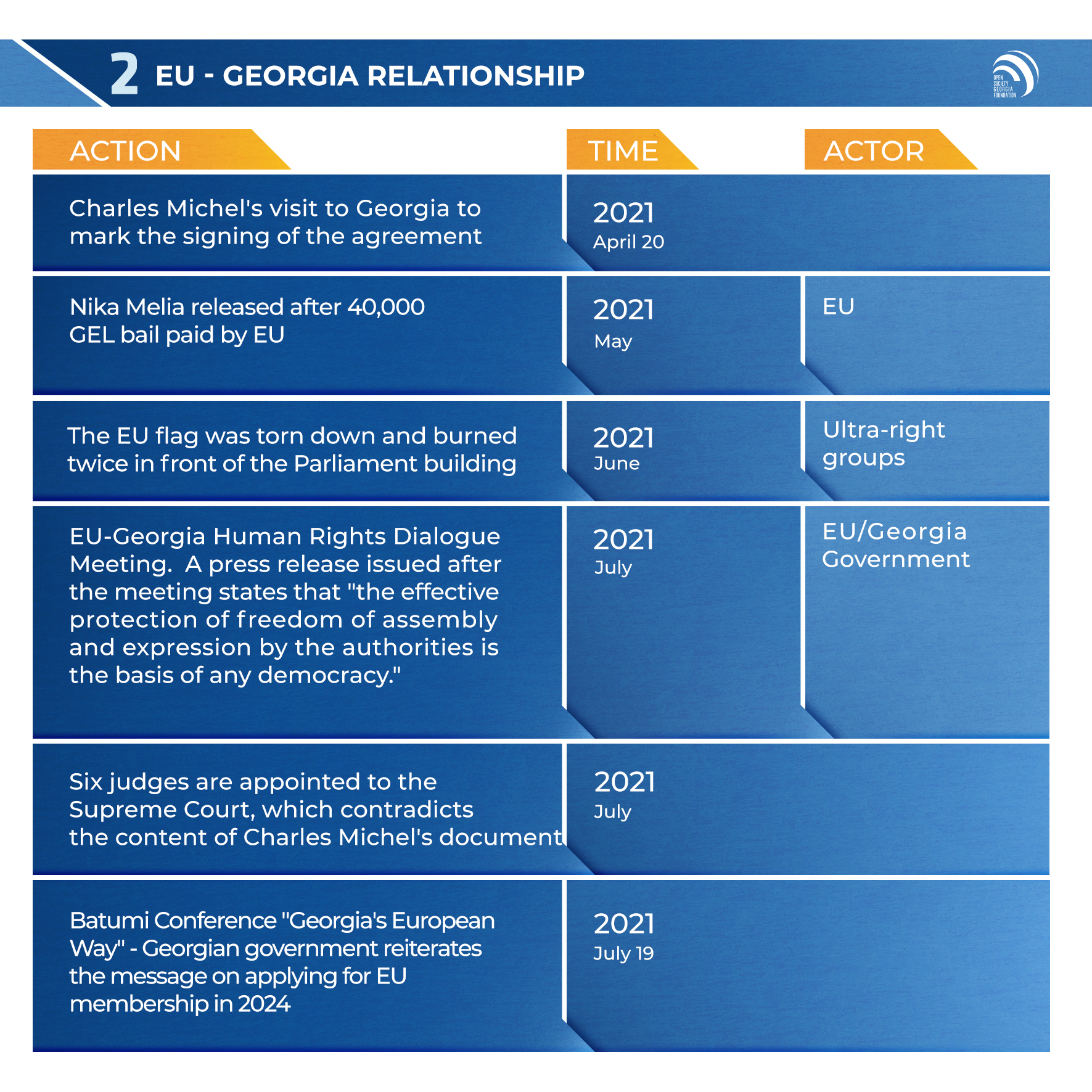 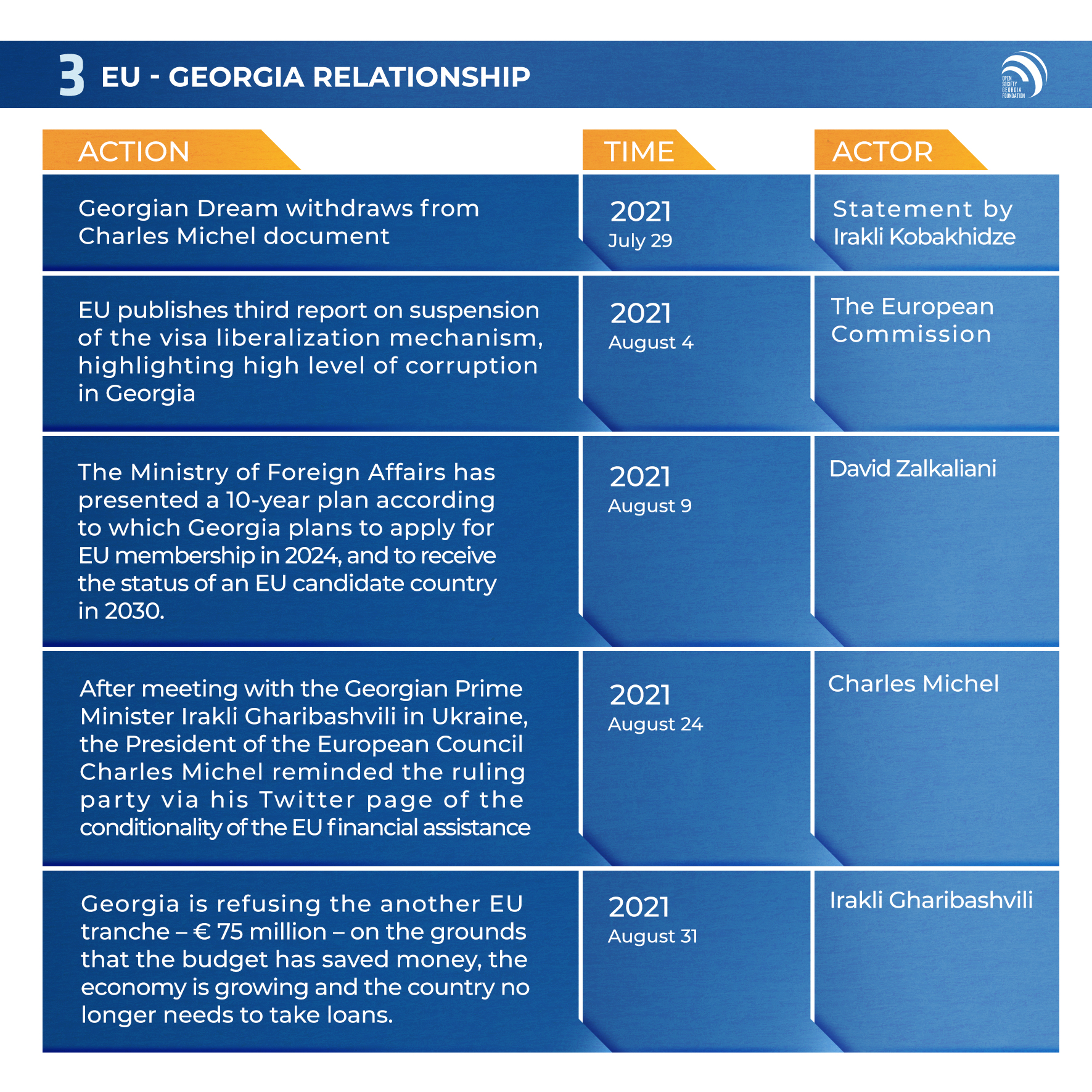 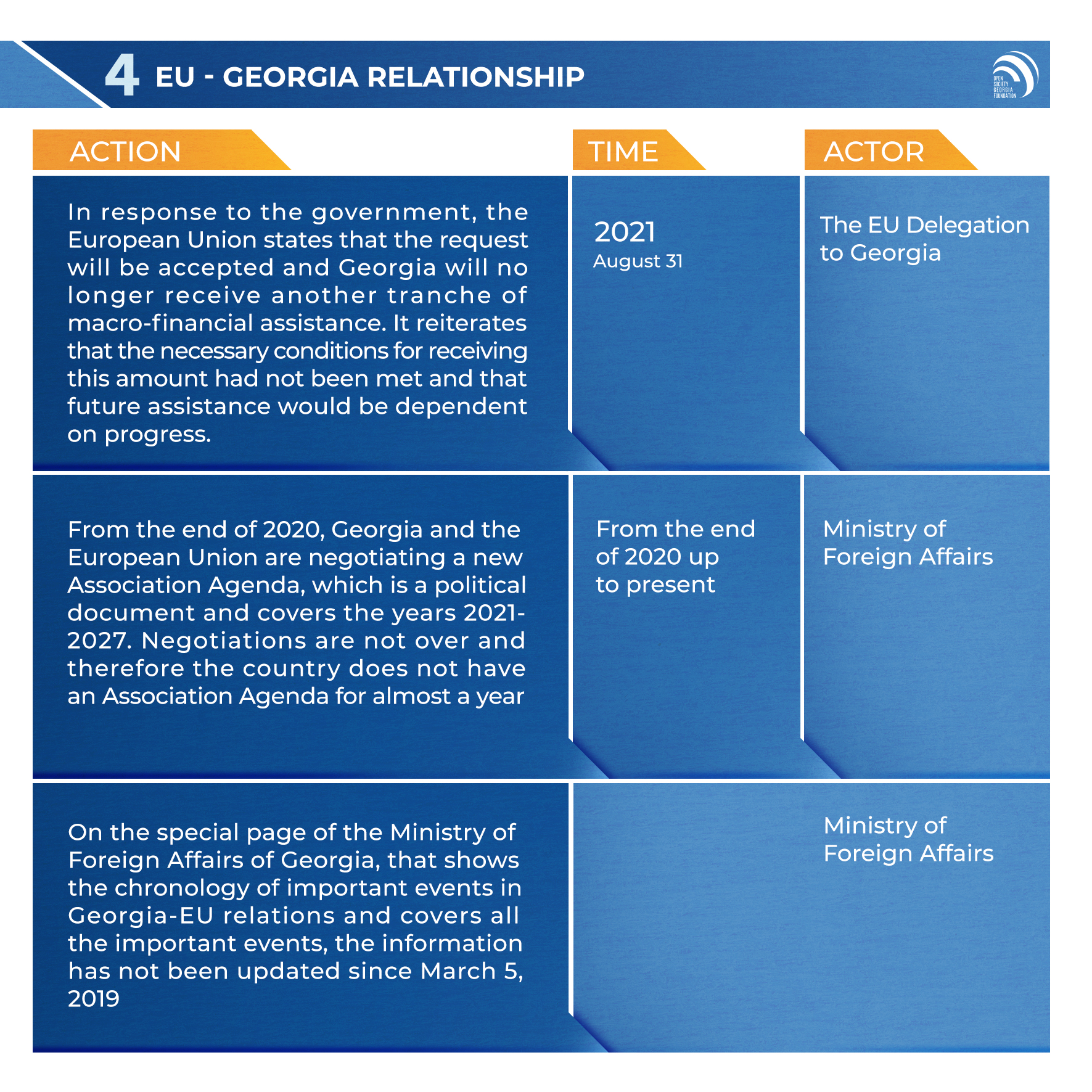 The European Union, along with the United States, has been one of Georgia’s largest donors since the day it gained independence. With the financial assistance of the EU, in addition to political support, the country has been able to meet a variety of challenges and needs.

In 2014-2025, the EU has allocated € 235 million, that is 855 million GEL, for agricultural development alone. In almost all regions of Georgia, new cooperatives in the agricultural sector have been established and provided with needed equipment with the help of the European Union.

In 2014-2021, every year Georgia received on average € 100 million as assistance from the European Union, most of which was allocated in the form of grants.

Georgia receives on average of 27 euros per capita from the European Union or almost 100 GEL at the current exchange rate.

The Labour Inspectorate in Georgia: Challenges and the Way Forward

Georgia in Need of an Independent Anti-Corruption Agency

Unlawful Interference in the Media and Discriminatory Attitudes towards Media Representatives

Challenges to Effective Investigation of Complaints against Law-Enforcement Official

Discussion on Georgia’s European Perspective After the EU Council: Next Steps