Influence of Criminal Subculture on the Management of the Penitentiary System

Funded by the Open Society Foundation and the European Union, the Rehabilitation Initiative for Vulnerable Groups (RIVG) and Prison Reform International published the results of a study on the impact of a criminal subculture on the management of penitentiary institutions.

The results of the study indicate that the division of prisoners according to influence groups represents a significant challenge in almost all penitentiary institutions with one exception.

Division of prisoners according to the influence groups can be observed in almost all penitentiary institutions, the highest positions in the hierarchy being held by the so-called “Watchers”, “Palazhentsy”. They have a significant impact on various aspects of the facility operation (order and security; reception of prisoners; appeal procedures; rehabilitation process, conflict resolution, etc.)

“The results of the study are quite dramatic and show that if before 2012 there were violations of prisoners’ rights by the prison administration, after 2013 the criminal subculture became stronger, with the prison administration silently cooperating with them and it is the criminal subculture that makes decisions on prisoner distribution, health care, access to education and other important issues. There is a need to reform the system in order to maintain a balance between the rights of prisoners and the rules of penitentiary institutions,” says Keti Khutsishvili, Open Society Georgia Foundation.

It emerged that during the study period, the influential prisoners had different, privileged living conditions compared to other prisoners, both in terms of cell arrangement and legal status. The study also revealed that there is a clearly unequal relationship between inmates, where most inmates are forced to obey the influential groups and the rules set by them, they have virtually no ability to challenge the decisions of the dominant group and reject the informal regulations set by them.

For some inmates, the main motivation for striving for a higher position in the hierarchy of the subculture is the desire to gain privileges and benefits, while for others it is a guarantee of safety and security. The criminal subculture established in penitentiary institutions is a source of physical, psychological, and economic violence among prisoners. The problem of economic violence is especially acute, which is mainly manifested in the forced participation of prisoners in the so-called “Common Lot (Obshyak)” collection process. Some of the respondents hinted about the possible participation of employees in this process.

The study has revealed that influential prisoners cannot exist without the tacit consent of the prison administration, or even more so, without their support. The staff, together with the prisoners creates an institutional culture and thus directly encourages the existence of a criminal subculture in penitentiary institutions. Another important problem is the difficult working conditions of employees and the lack of guarantees for their social protection; Shortage of human resources in institutions; Infrastructural problems; Failure to make risk assessments when placing prisoners, etc. These factors contribute to the viability of the criminal subculture in penitentiary institutions.

The study also showed that similar types of challenges are not characteristic to all the institutions and there are unique exceptions in this regard (e.g. Penitentiary institution No 16).

Based on the study findings, recommendations were drawn up regarding the steps to be taken by government agencies, both on the level of practice and that of legislation and policy.

Deputy Public Defender Giorgi Burjanadze says: “It is important to do a lot in this direction. It is important that the international donor organization conducts additional visits and high-level meetings. It is important to actively bring the topic to public attention and it is also important to allocate appropriate funds to address this issue. Even if the kindest and most diligent person becomes ahead of the penitentiary system today, he /she wouldn’t be able to change anything. It requires funding. This should become a political issue; this should be followed by support from the state, aimed at reducing the criminal subculture in prisons. Otherwise, it will become a problem beyond the penitentiary and will spread outside the prison when the prisoners leave it.”

The study was carried out within the framework of the Open Society Foundation project “Impact of the Criminal Subculture on the Management of Penitentiary Institutions” and the EU-funded project “Monitoring Government Obligations and Promoting Reforms in Penitentiary and Probation with Civil Society Involvement”.

A study published in 2014 with funding from the Open Society Foundation focused on systemic torture. Today’s research reflects the influence of prisoners.

See the full version of the study. 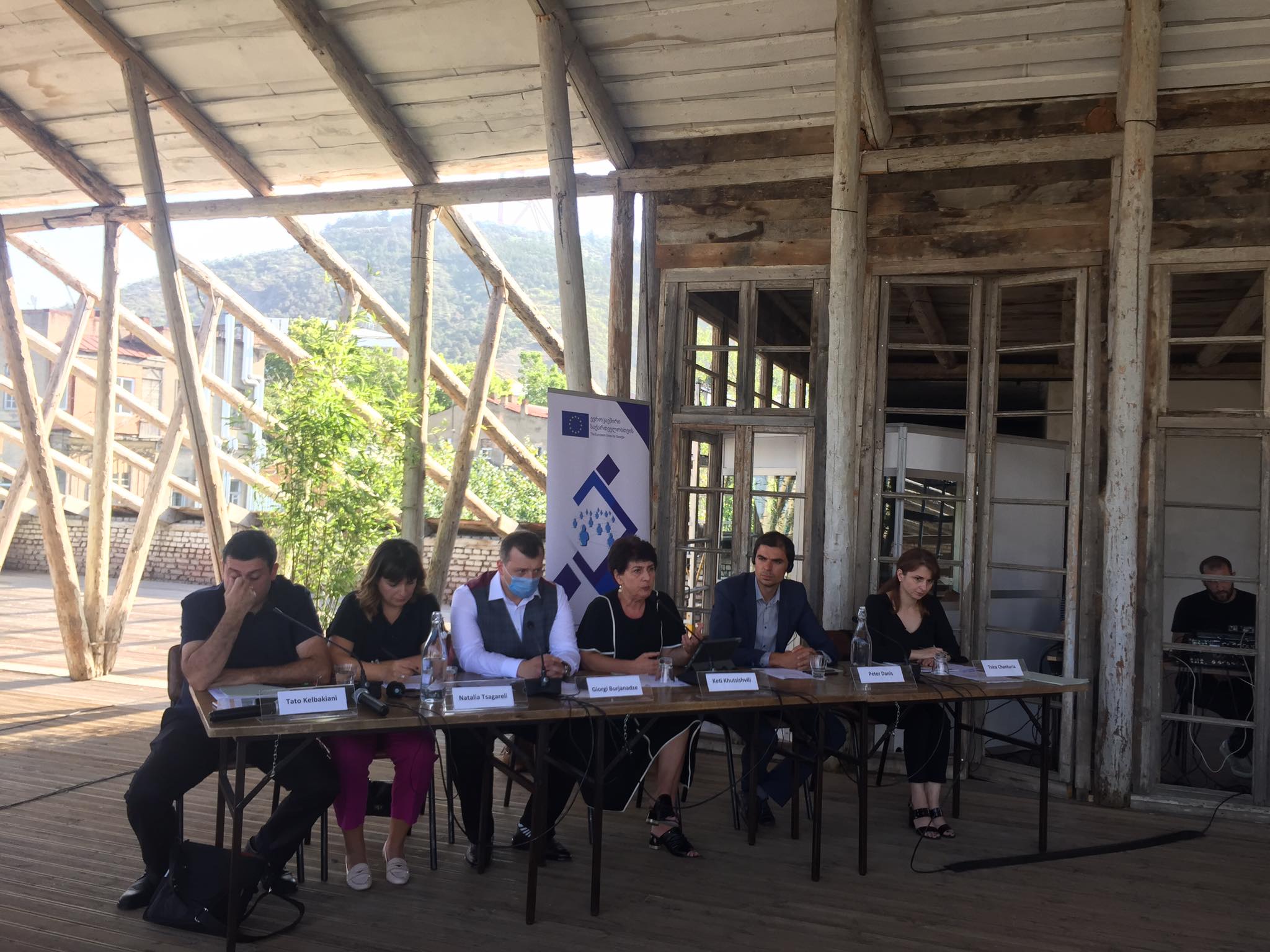