Legal aid to the dismissed director of the National Film Center

The rights of the dismissed director of the Film Center Gaga Chkheidze will be defended by the lawyers of the Fair Elections and the Georgian Young Lawyers’ Association with the support of the Open Society Foundation. On April 5, a press conference was held at the Open Society Office.

On March 14, 2022, the director of the National Film Center – Gaga Chkheidze, was dismissed by the order of the Minister of Culture. It is known to the public that after the appointment of Tea Tsulukiani as the Minister of Culture, Sports and Youth, more than 70 employees have been fired as a result of the reorganization and large-scale changes in the field of culture, which eventually took the form of staff cleansing.

“During her tenure, Ms. Tea has already dismissed 70 people from various agencies subordinated to the ministry. We can confidently say that we are witnessing repressions. These are repressions on political grounds, repressions against people who do not directly follow the course of her party. Georgian culture withstood Soviet repression. Therefore, it will withstand Tea Tsulukiani’s repressions too” – Keti Khutsishvili, Director of the Open Society Foundation.

It should be noted that Fair Elections, Social Justice Center, and GYLA are already defending the interests of 22 representatives of the cultural sphere in court.

We would like to remind the public that Gaga Chkheidze was elected to the position of the director of the Film Center for the second time through an open competition, for a term of 3 years, and had a month and a half left before the expiration of his term. Gaga Chkheidze has been a member of the board of the Georgian Film Development Fund since its inception in 2005, from where he was also fired by Tea Tsulukiani. It should be noted that according to the results of the competition announced on March 30, 2022, the Ministry of Culture will not fund the Tbilisi International Film Festival founded by Gaga Chkheidze. Gaga Chkheidze has been working in the field of film for 35 years, both in Europe and in Georgia, and is a recognized specialist in the field. He is a member of the European Film Academy. During his tenure as director of the Film Center, a number of local and international projects were implemented, receiving positive assessments for the support of the development of Georgian cinema and the correct film policy.

“The relationship between the Ministry and the Film Center over the last year has been difficult. All our letters, requests for meetings, or current issues, went unanswered. Tea Tsulukiani found unacceptable Salome Jashi’s film “Taming the Garden” which was financed by the state through the film center.  In addition, the Minister was dissatisfied with the petition requesting that Tea Tsulukiani not be appointed Minister of Culture. She believed that the employees of the Film Center were also among the signers of the petition, but this is not true.” – says Gaga Chkheidze, the dismissed director of the Film Center. 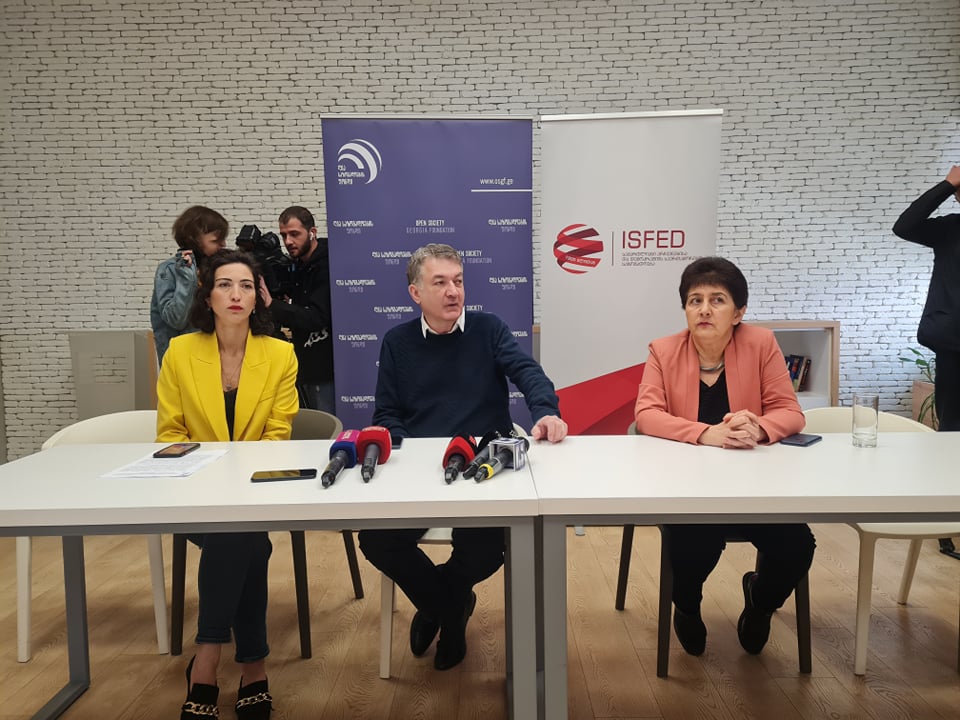