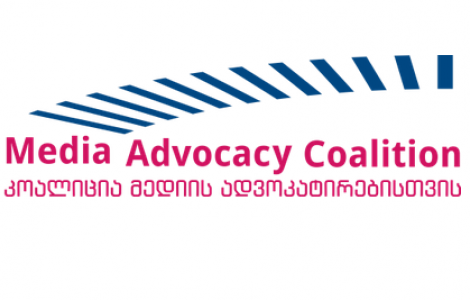 Today the Director General of Georgian Public Broadcaster (GPB) spoke about the problems facing the public television and offered a plan to the Board of Trustees and the interested public for consideration, one of the points of which envisages suspension of all programs on GPB except news programs till 2018.

The Coalition supposes that the proposed plan contradicts the Law of Georgia on Broadcasting, according to which the public broadcaster has “to broadcast news, social and political programs at to give due consideration in decision making prime time and provide the audience with timely and comprehensive information on important events taking place in Georgia, its regions and worldwide.”

The proposed plan is radical and it will lead to paralyzing the public broadcaster for at least one year. The Coalition calls on the Board of Trustees, before making a decision, to give due consideration to this obligation imposed by law as well as to the viewers’ right to receive information about social and political developments in the country. 2017 is the year of municipal elections and constitutional reform that imposes an important responsibility on GPB to provide not only news stories to citizens, but also multi-sided analysis of ongoing developments and a diverse discussion on topical issues.

The Coalition casts no doubt over the need of changes at GPB. We have spoken a lot about the need of both technical and content development. However, the radical changes offered by the management do not help us get an idea on what kind of priorities the broadcaster will have in future, what particular programs it will air from 2018: mega shows aimed to increase its ratings or talk shows, analytical programs and investigative journalism. It is also unclear how the labor rights of the public television’s employees will be protected in case of mass dismissal.

The Coalition is ready to take part in the discussion of the proposed plan along with other interested groups.