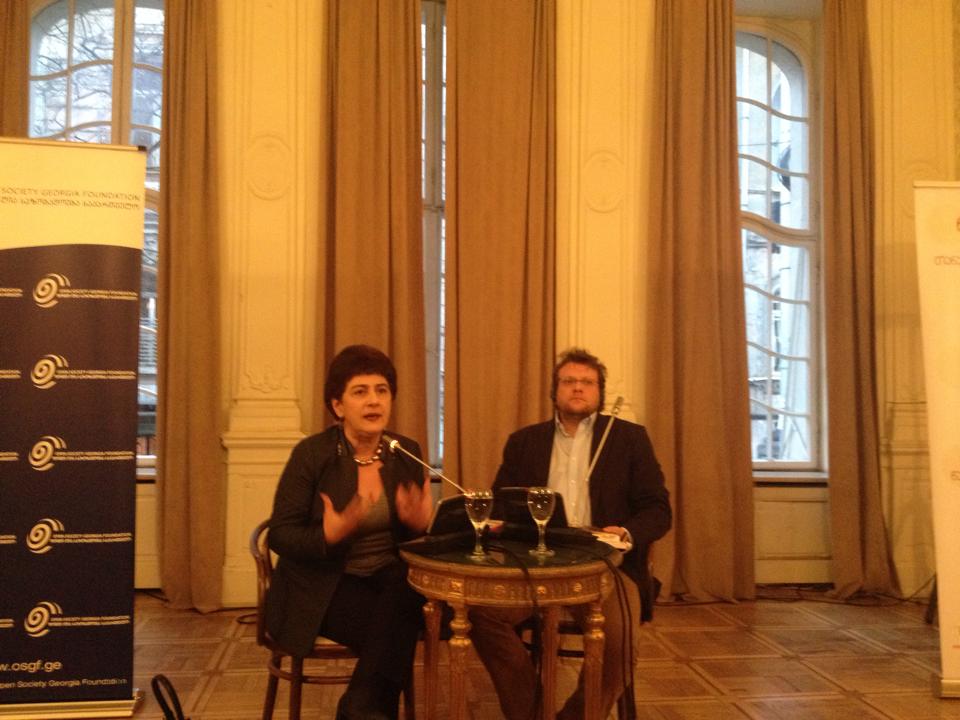 A book “Nothing is True and Everything is Possible: Adventures in Modern Russia” by Peter Pomerantsev was translated by Radarami publisher with the support of Open Society Georgia Foundation.

During his visit to Georgia on March 6, Peter Pomerantsev met Georgian readers and read out some excerpts from his book. He also spoke about increased Russian propaganda and its influence on today’s world, various tricks used by the Kremlin, alternative reality of modern Russia and its creators, etc.

The first edition of the book was released in 2014.

Peter Pomerantsev is a British journalist, author and TV producer. He was born in Kiev in 1977. Shortly after his birth, his parents moved to Germany, and thereafter to London and Munich. After studying at university he moved to Russia, where he worked for the television channel TNT for nine years. In 2010 he returned to London. Since 2013 Pomerantsev actively writes and works on Russian propaganda, releases articles in famous magazines and platforms, such as: Financial Times, NewYorker.com, Wall Street Journal, Foreign Policy, Daily Beast, Newsweek and Atlantic Monthly. 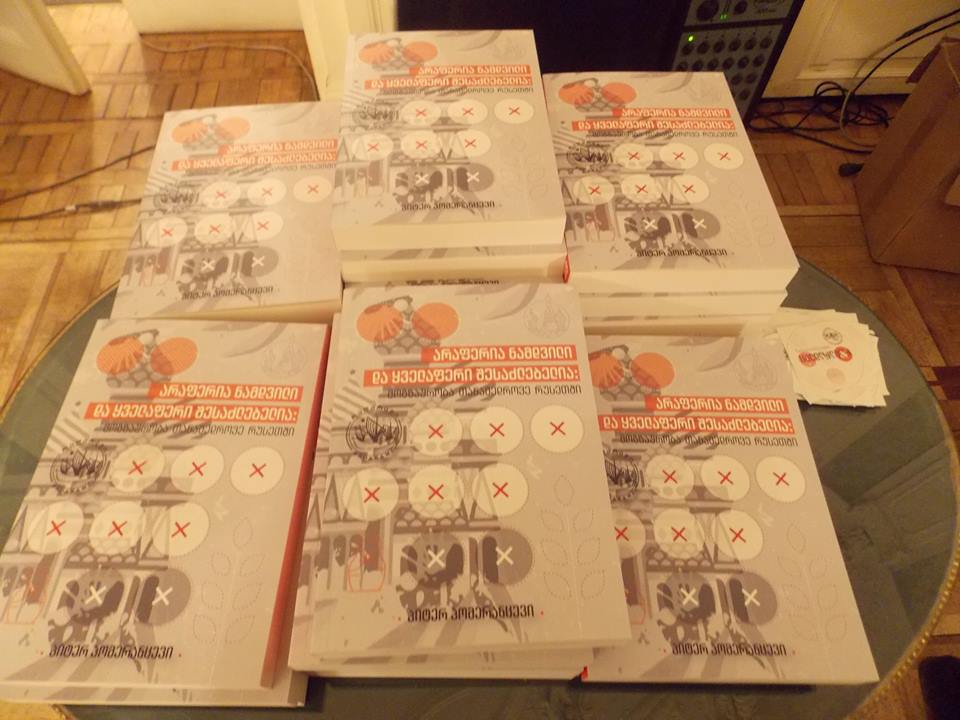