The new sociological research intends to highlight democratic state in Georgia, study the level of trust of Georgian citizens towards state agencies and attitudes towards political parties, corruption, media, social justice, religious unions and other issues.

Sociological survey was conducted among 1786 respondents during November 16-27, 2018 in Tbilisi and regions. Respondents were chosen on the “random selection” principle using the Kish grid. It was for the first time when the study questionnaire sought for attitudes of citizens with regards to fields that have not been questioned before, such as corruption, education, labor and religion.

Results of the survey presented on April 3, 2019 are a voluminous part of the comprehensive state of democracy assessment report, which is slated to be published in late spring of 2019. Besides this particular sociological survey, the final report on assessment of state of democracy will be underpinned by the results obtained through surveying up to 10 focus groups and other sources. The assessment instrument will cover spheres such as justice, citizenship, civil and social rights, media, political parties, operation of executive and legislative branches.

Sociological poll was conducted by he Caucasus Research Resource Center (CRRC) with the support of Open Society Georgia Foundation (OSGF) and Institute for Democracy and Electoral Assistance (International IDEA).

For years International IDEA has been involved in preparing democracy audit reports in many countries worldwide; in Georgia this report is being elaborated for the first time. Work on this publication unites up to 15 authors who are well-established experts of the focus spheres.

What do people say

58.6% of the population believes that public officials back businesses in exchange for money.

55.2% of the Georgian population thinks that there is no political party in Georgia that would solve problems that are important for them. Only 10% is pleased with the work of political parties.

66% of the respondents have never read a party program. To the question – when voting which is more important – electoral program or the party leader, 31.5% answered favored the first one, while 45.8% selected the second choice.

60.7% of the population thinks that men have higher chance on wining the elections then women do. Only 17% of the respondents would like their daughters to pursue a carrier in politics.

52% fully agrees and 35% agrees that people get into politics for their own welfare. 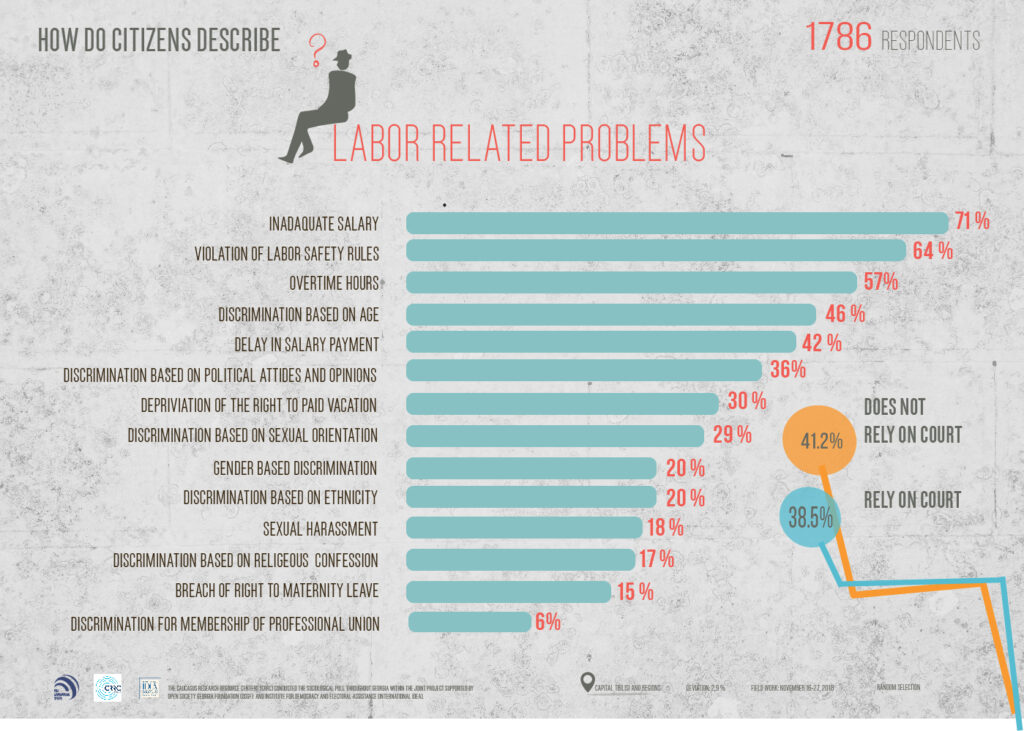 To a question – which religion or confession do you belong to – 82.5% of the population answered that they are Orthodox Christians. It is noteworthy, that 93.4% of Tbilisi population belongs themselves to this religion, while 78% does so in the regions.

After Orthodox Christianity, most people belong to the Armenian Apostolic Church (5.9% of the population) and 3.4% belong to Sunni Islam.

There’s a difference in the number of people that trust the Georgian Patriarchate and the Patriarch himself.

80.1% of the Georgian population thinks that quality education requires good financial standing. Around the same amount (78.8%) agrees that for getting good education talent is required.

The results of the research have shown that there’s a region disparity in terms of higher education: only 24% of the people living in the regions hold a higher education diploma, while 50.2% of Tbilisi population answered positively to the same question.

58.9% agrees that for succeeding in Georgia good education is required. 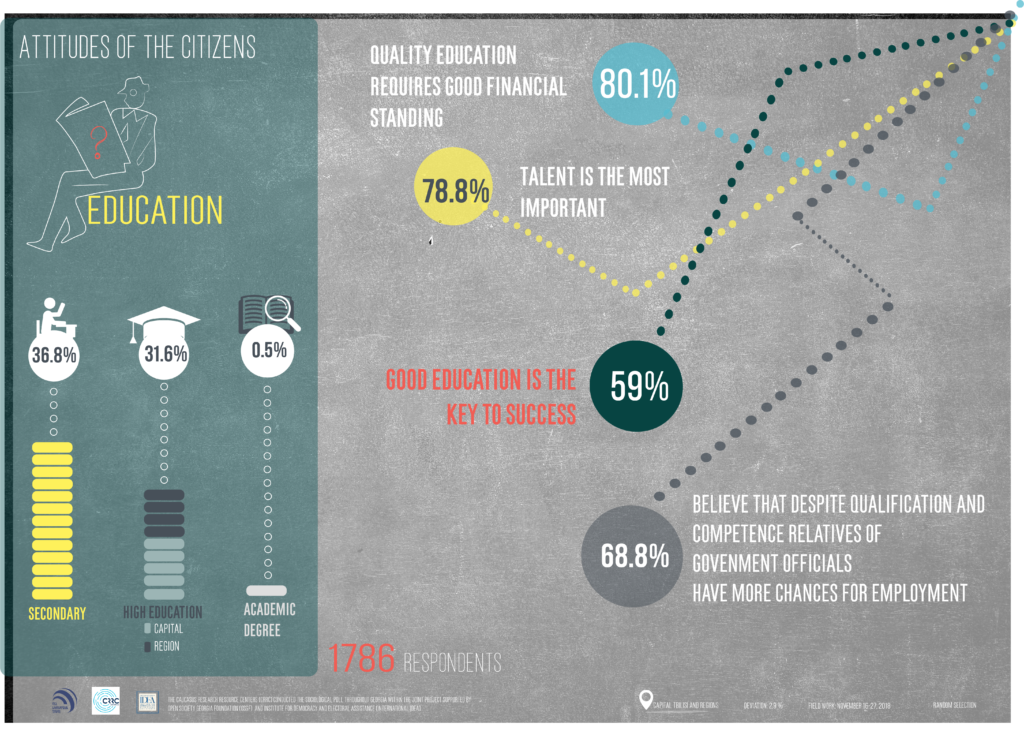 Only 9% of the Georgian population is very satisfied with the country’s healthcare system and 40.6% is more satisfied than not. 72% benefit from universal healthcare, while 11% use private insurance.

For medical consultation, 48% of the population refers to a family doctor, 26.3% – to a specialized doctor and 18.3% to a pharmacy.

Simplified Public Procurement during COVID-19: The analysis of basic data and risks of corruption