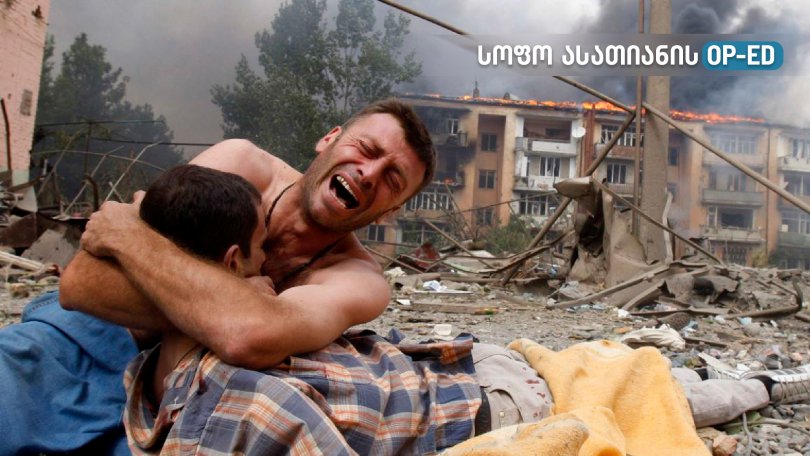 Today, after a 12-year dispute, the European Court of Human Rights has upheld Georgia’s lawsuit against Russia, thereby at least partially restoring the historical and moral justice that Russia has been fighting through an active information war since 2008. The main objective has been achieved – the court recognized the continuing occupation of Georgian territories by the Russian Federation and large-scale violation of the rights of Georgian citizens.

The ruling, regardless of its size or complexity, can be conditionally divided into two parts. One deals with the admissibility of the case, the jurisdiction of the court, and the other – with the subject of violation of the specific rights (right to life, prohibition of torture, right to liberty, right of movement, property rights, right to privacy).

Effective control and responsibility of the Russian Federation

In the first part, the court answered such important questions as: can we establish the fact of effective control of the Russian Federation on the territory of so-called South Ossetia and Abkhazia? Will Russia be accountable for the murder, torture, inhuman treatment and persecution of Georgian citizens? Each question not only defines the jurisdiction of the court to make a decision, but also directly relates to many years of Russia trying to falsify history and convince the international community that parties to the conflict are Abkhazians, Ossetians and Georgians.

Russia has been using the similar method of disinformation and falsification of facts in the Hague International Criminal Court, where it tries to attribute even the most serious crimes (ethnic cleansing, war crimes) to the separatists as independent actors and thus absolve itself of responsibility.

Consequently, the court proving the effective control, and therefore of the direct responsibility of the Russian Federation, is a fact of unprecedented legal significance. Here, the court also stated that the close political, economic and military ties that have existed since October 2008 with so-called South Ossetia and Abkhazia indicate “continued” effective control and occupation. It is this legal assessment that paves the way for the satisfaction of the individual lawsuits of hundreds of Georgian citizens against Russia.

Unfortunately, the court appeared less daring in its assessment of the 5-day August War. The 11 judges of the Grand Chamber considered that during this period, there was an active armed conflict in Georgia, a chaotic situation, which prevents the court from determining who had the reins and who had effective control over the territory.

It is important to note here that the European Court of Human Rights does not assess the fairness of starting a war, or the proportionality of the armed hostilities. However, based on past judgments, there was an expectation that the court would assess the events of August 8-12 as an extension of effective control established as a result of military, political, and economic influences.

It is obvious, that Georgia’s attempt to have the Strasbourg court to assess the August 8-12 was an unprecedented, as the court has never discussed the active conflict phase before. Consequently, as a result of a broader interpretation of the Convention and the Mandate and deeper examination of the facts, it would be possible to have other outcome, however, this reasoning does not weaken or diminish the overall spirit of the decision and the important legal consequences.

As a rule, the European Court of Human Rights usually deals only with cases that have already been reviewed by the national courts (the principle of exhaustion of the internal mechanism). However, as an exception, it considers admissible cases where there are signs of large-scale violation of rights and purposeful policy.

In its decision against Russia, the court found that there had been an administrative practice of murder of Georgian citizens, inhuman treatment, and violation of the right to privacy and property rights. It is noteworthy that in order to reach this conclusion, the court often cites the first Russian-Georgian case of deportation, since it was in the first case that the standards of administrative practice were established.

Proving the large-scale, systemic violations can have a major impact on the actions of the International Criminal Court, as The Hague Tribunal is discussing the existence of ethnic cleansing against Georgians.

Importantly, we must single out the unanimous decision of the court that during the August 8-17 war, prisoners of war and 160 civilians were under Russian jurisdiction, and their murder and inhuman treatment will also be attributed to Russia.

In these circumstances, we can confidently say that Georgia has already achieved one significant success on the long road to justice. How the Georgian government will use this success, how actively it demands de-occupation, the return of internally displaced persons, the development of a sanctions mechanism against the Russian Federation, or the search for justice, using other international mechanisms, largely determines whether we win this fight or not.

10 Years after the August War: Victims of the Situation in Georgia