A long time ago, my then soon-to-be mother-in-law gave me as a gift a neckless that she had bought on her wedding trip to Dagestan. I had to wonder then why she chose Dagestan, of all places, as a honeymoon destination, but I did appreciate the neckless very much. It is still my favorite piece of jewellery.

That was my first encounter with “Lezgins” and, as it turned out, a beginning of a great love story.

My mother-in-law is a doctor. In the dark 1990s, she practised medicine in Kvareli municipality of Kakheti Region. This was the time when some ethnic Georgians went up against their fellow citizens, who were not ethnic Georgians and Orthodox Christians. They said that Georgia must belong to Georgians. Caught in the crossfire were the Avars, who are known locally as Lezgins and who live in Kakheti, especially in the villages of Tivi, Chantliskure, Saruso and Tkhilitskaro.

Avars still carry traumatic memories of the days when Georgians from neighboring villages blocked supplies from entering the “Lezgin” villages for weeks and when Georgian doctors refused to accept Avar patients.

Once, a child fell ill in one of the villages and Georgian doctors refused to provide treatment. Someone suggested my mother-in-law to the child’s parents. She went out of her way to help the kid and gained lots of respect in the Avar community, especially in the village of Tivi.

Who are the Avars? 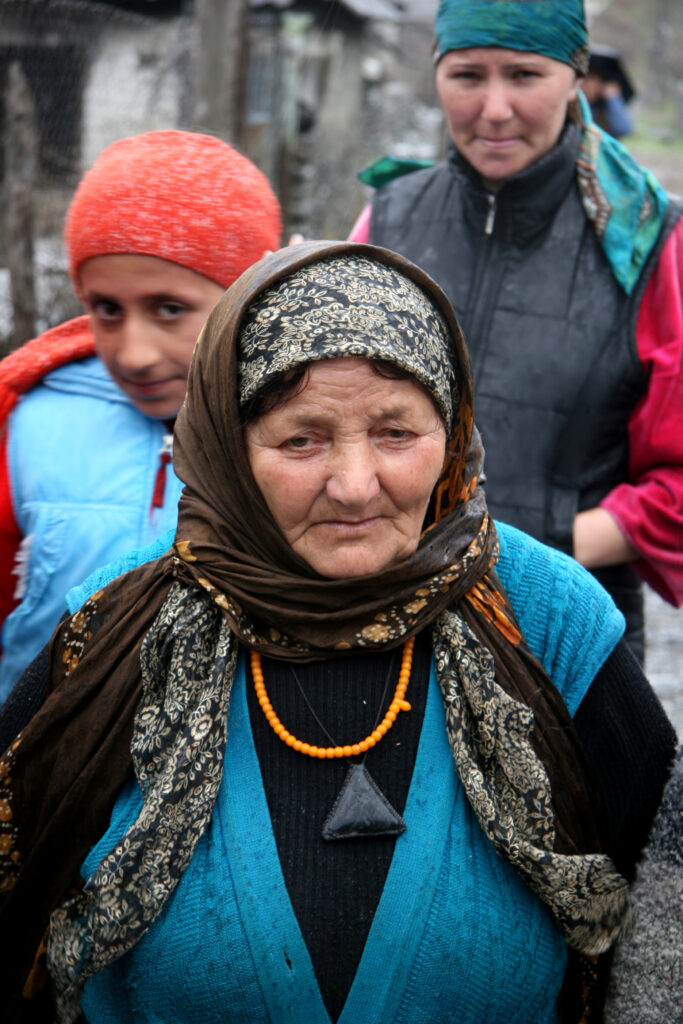 According to 2014 census, about 3,000 Avars reside in three villages of Kverli Region: Tivi, Chantliskure and Saruso.

Avars are indigenous to Dagestan. In Georgia, they speak both Georgian and Russian, but also their ancestral languages. They are Sunni Muslims.

In the 1990s, pressure from nationalist forces within Georgia forced many Avars to migrate to their ancestral homeland of Dagestan. Mostly elderly stayed behind.

Past and Present Stereotypes

I take a keen interest in ethnic and religious minorities. From 2003 on, I’ve been working on minority integration issues. I participate in lots of events and it never ceases to surprise me that nobody ever mentions the Avars, neither in researches, nor at conferences.

Who are they? What problems do they grapple with? Nobody seems to care. If there are any mentions in news stories or movies, they are focused on the Avar culture, e.g. colourful scarfs, pretty girls and dancing. This is fair enough, but all of it does little to help solve the problem of their social alienation.

Even in local communities young Georgian knew little about their Avar neighbors, except that they are Muslim, and that they sell good cheese and other foodstuff on Sundays at the bazar. The elderly often recall “the 90s” when “everyone had a bone to pick with everyone.” They say that lots of Lezgins moved to Makhachkala back then and that today they have decent relationships with the Georgians.

Together with my friends, I volunteered to connect the Avar and Georgian youths to try clear up bad blood between them. We held six events where discussed some interesting and fun matters with young ethnic Georgians from neighboring villages of Tivi and Gavazi. We played games and made friends, but we soon realized that this was hardly enough to build a lasting bond.

I have the Open Society Georgia Foundation to thank for my most favorite non-profit project that was geared toward building friendships between Avar and Georgian youths. Through that project we gradually arrived at a point when young Georgians developed interest and respect for Islam. Both sides became confident enough to venture out of their comfort zone and discuss prickly subjects like early marriages, religious tensions and freedom of speech.

It was a complex project. As we explored the factors hindering integration we made several findings. We learned about the traumatic experience that the Avars had 25 years ago and about their keen desire to integrate in the Georgian society. However, they didn’t have high hopes for becoming fully-fledged Georgian citizens because they fear ridicule and aggression towards their religion and traditions. For instance, it turned out that girls only wear hijab at home but are ashamed to wear it out in the streets. They tend to take hijabs off when they go out to avoid curious looks.

Some parents believe that education above 9th grade is superfluous for girls and they should focus on creating family and having children. The girls hope to achieve more in their lives than just having a family. They dream of becoming journalists, movie directors and pilots. They are hard-core fans of Georgian rugby and they always say “we,” “at our place,” and “our” when referring to Georgia. The Georgians, by contrast, obstinately emphasize “you,” “at your place,” and “your” when addressing the Avars. 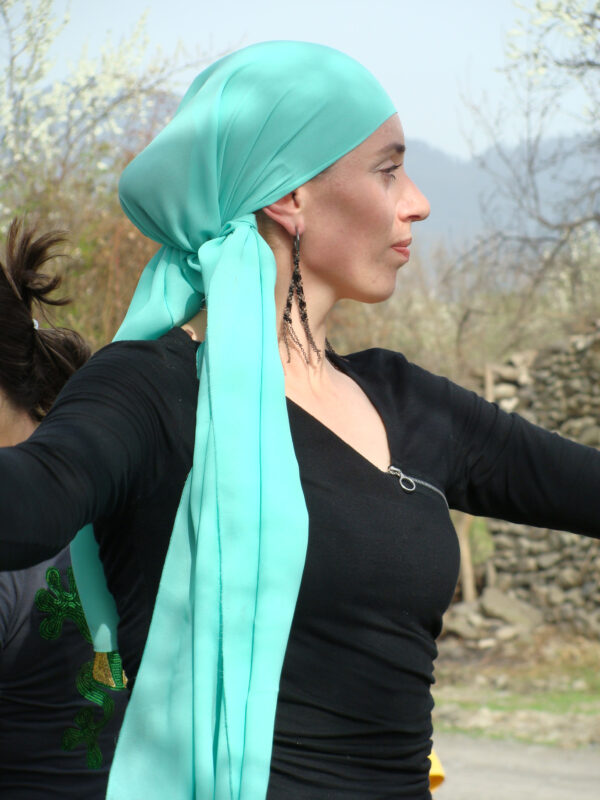 Fourteen-year-old Khalibeg Magamedov regards Georgia as his homeland and wants to become a journalist here. He grew up with Georgian kids, is integrated with Georgians and does not think that his ethnic and religious background is an obstacle. Still, he is worried that he cannot receive education in Georgia.

“They often tell me that I won’t able to do it in Georgia. ‘Even if you get the education, you won’t get a job,’ they say,” says Khalibeg, who lives in Avar village of Tivi. “To be frank, this sort of attitude makes worried, but I believe in my Georgia,” he said.

To describe his village, Khalibeg tells a story of how the Avars ended up in Georgia.

“It all began in 1985, when an Avar colonel asked a governor to give him a piece of land on the left bank of the Alazani River,” Khalibeg said. “The governor agreed and the colonel, together with other fellow Avars, began using the territory as pastures for livestock. This led to development of animal farming and, eventually, a village was created. This is how Avars settled in Tivi.”

Based on 2014 data, Tivi had 327 residents, but today you can clearly see that the village is getting depopulated. Many move to Russia and Dagestan as they can’t get jobs here,” said Khalibeg.

Problems faced by the Avar villages are not much different from those of neighboring Georgian villages: farming does not generate enough income, poverty and unemployment are rampant. Capable people are trying to make a living abroad. Living in a closed and estranged community makes it harder for Avar to be successful in Georgia.

Khalibeg says that even those who have did not abandon their homes complain about unemployment. Animal husbandry remains the main source of livelihood. Tivi residents believe that they live in their homeland. Muslims by religion, they still preserve their cultural customs. They have good relations with Georgian neighbors. Avar and Georgian children go to school together.

Lack of clean water and disorderly disposal of garbage are serious problems for the village, Khalibeg says. With no designated place for garbage disposal, locals have no other choice but to litter the environment. Only a handful of the residents have access to clean water. Others carry water in traditional ewers from nearby Avaniskhevi River.

Village traditions, kept on by the Lezgins, are particularly dear to Khalibeg’s heart. One of these traditions is what they call Lakhatoba or Simindoba.

“It is a fun celebration when you boil corn and play a fun but a bit painful game of Lakhtaoba. It is a traditional Avar way to celebrate coming of spring,” said Khalibeg. He is excited to tell us about traditional Georgian wrestling matches that were held on August 21 in Tivi; about his religion; women’s beautiful, ornamented dresses; the cheerful greetings that local exchange.

Avars do have beautiful adornments, scarfs, knitted socks, fascinating traditions and vibrant cuisine. They dance and sing well. They love to read Astrid Lindgren and are good volleyball players. They have an Instagram accounts and where they share photos of their beautiful villages.

Girls love Korean pop and enjoy to drawing illustrations for books. Some boys prefer reading Tom Sawyer to wrestling. When women sit together, they engage in witty banters and flirt with their husbands, and men flirt back.

In a word, we have a lot of things in common, but we don’t know this because they don’t come to Tbilisi – or even Telavi or Kvareli for that matter – to study or to participate in public life. They don’t suppose it is possible and that there is no hostility toward them here, and they are entitled to everything what is available to Georgian citizens. 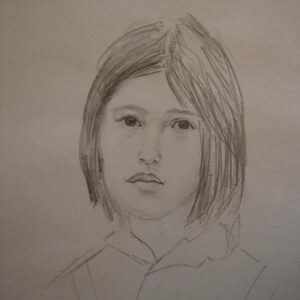 OSGF has supported Elene Nodia in her efforts to explore and develop Avar community in the framework of the project “Strengthening Civil Integration of Youth from Avarian and Georgian Communities”.