The Georgia Fair Labor Platform has released initial data* from its Wage Theft Calculator, showing that 87% of users have been the victim of wage theft.

The Calculator is an online tool that helps users understand wage theft and calculate how much money they might be losing. It classifies “wage theft” as an employer’s failure to pay any money legally owed to an employee, such as unpaid overtime, unpaid tips, illegal salary deductions and more.

“The figures suggest that wage theft is so widespread in Georgia that it is basically normalized,” said Sopo Japaridze, representative of the New Confederation of Independent Unions (NCIU). “Employers don’t think twice about it because there are no repercussions. They can order employees to work extra hours without pay, deny them vacation, and reduce their salary for perceived infractions.”

“The Labor Inspectorate needs to urgently prioritize prevention and elimination of  the wage theft practices during its workplace inspections. If offending employers are not punished, the practice will simply continue unchecked.” said  Vako Natvlishvili representative of the Open Society-Georgia Foundation.

The most commonly reported form of wage theft was off-the-clock work, defined as mandatory work that is not counted as part of normal working hours. A total of 78% of users reported performing off-the-clock work without additional pay. Commonly cited examples include:

Similarly, 34% of users reported being forced to work overtime without being paid for it. Under Georgian law, employees must be paid extra for any work beyond 40 hours per week (or 48 hours in some industries). Moreover, the hourly rate for overtime work must be greater than the normal hourly rate. Roughly 89% of users said that their employment contracts did not specify an overtime rate. 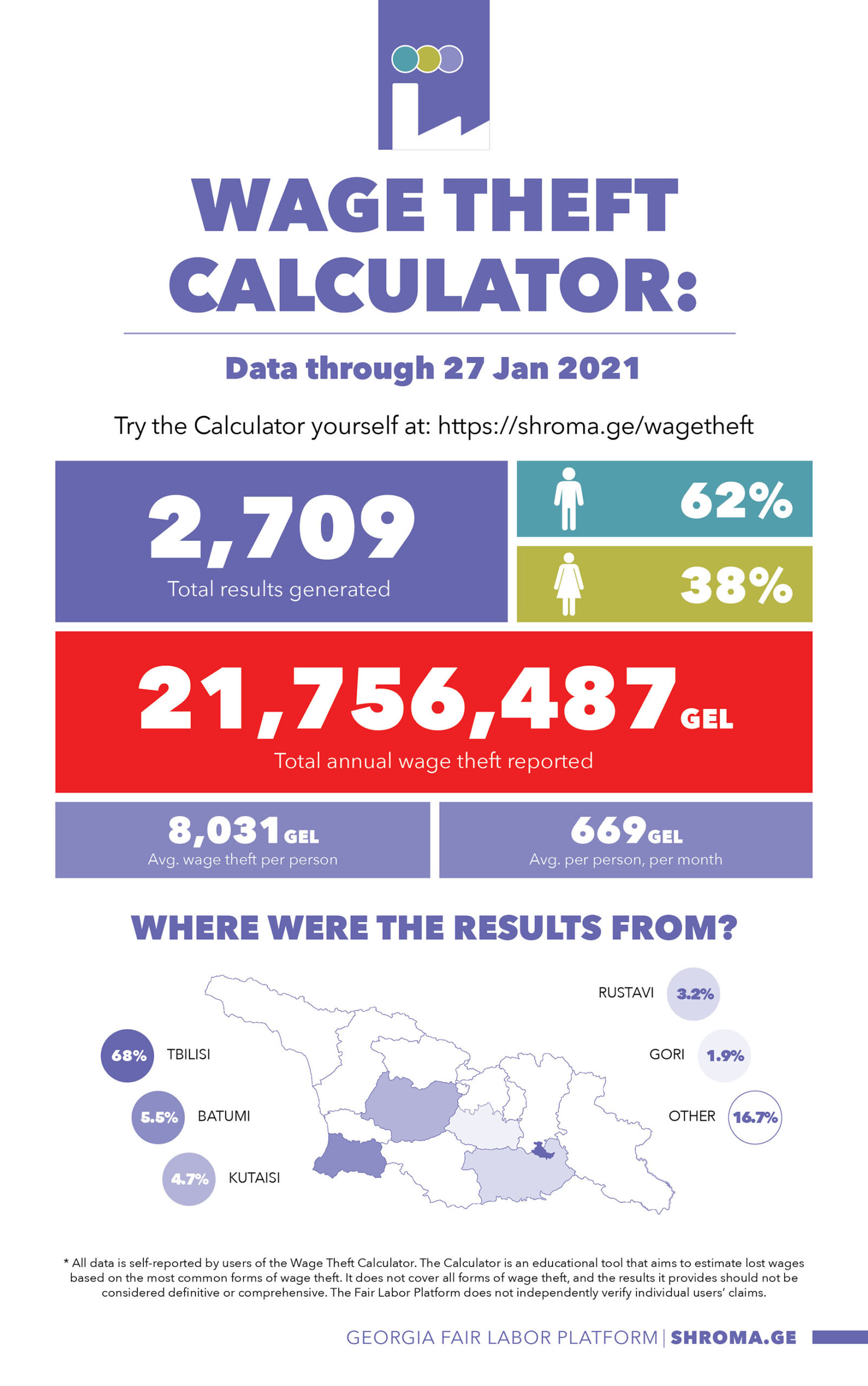 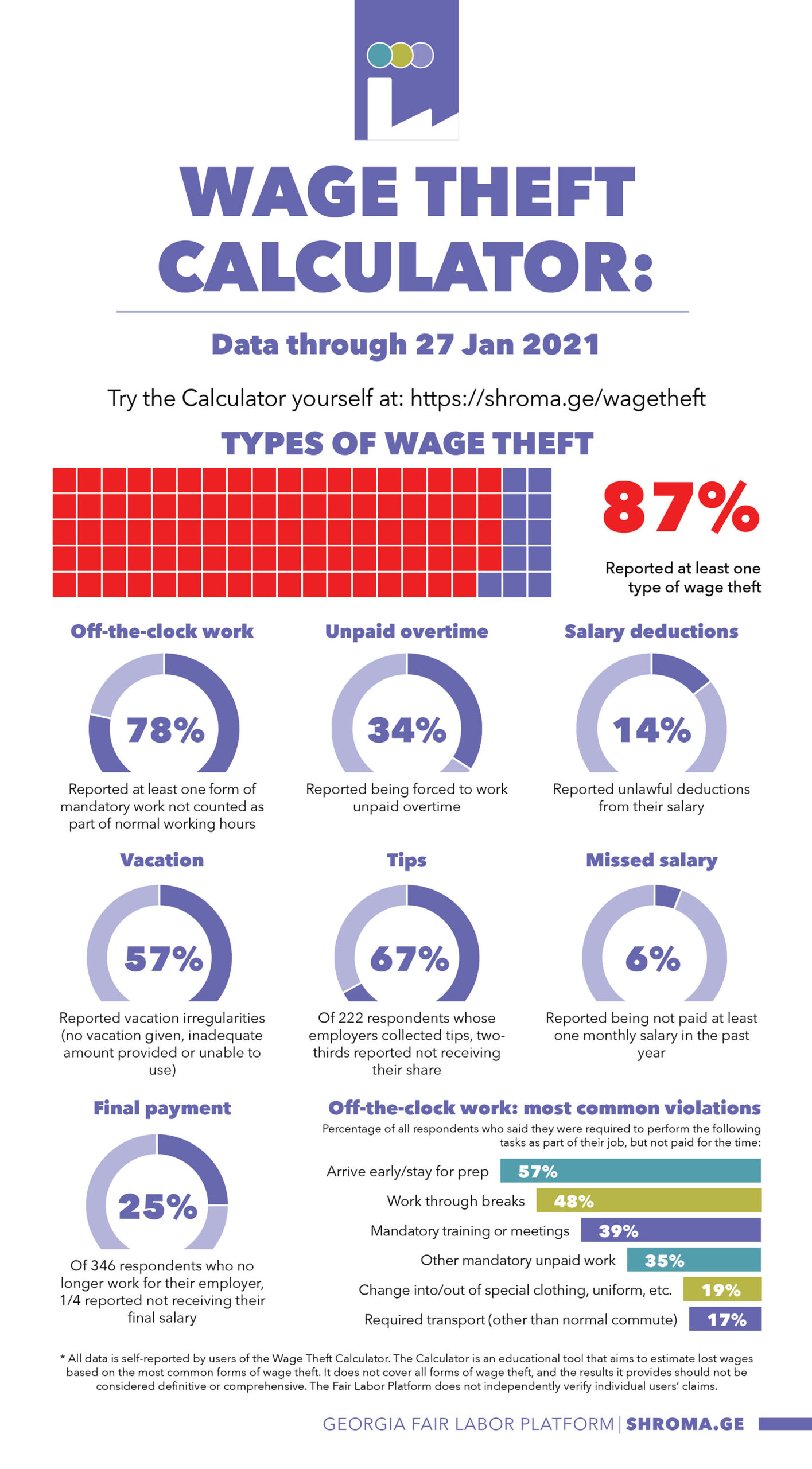 Recommendations on how the government should help the unemployed

Trade Unions and Human Rights Defenders Appeal to the Government