Home We can never go wrong with such reforms: Czech experience for Georgian colleagues

We can never go wrong with such reforms: Czech experience for Georgian colleagues 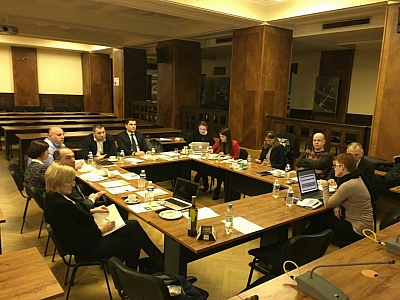 “We don’t criminalize use of any drugs”, says Mr. Jindrich Voboril, the National Anti-Drug Coordinator of the Czech Republic opening the heated discussion on drug policy and regulations with the members of delegation of high-ranking officials from Georgia. The delegation will spend three days in the Czech Republic, studying the experience of the implementation of harm reduction programs in the framework of public policies, drug policy, as well as cooperation between law enforcement agencies and NGOs.

Mr. Voboril’s presentation about Czech drug policy, the evidence behind decriminalization of the use of drugs, and results of such policy reforms has triggered endless questions and discussions from the Georgian delegates. It was enlightening, as the person in charge of anti-drug policies presents the results of Czech drug policy on decriminalization of drug use as “the best thing one can do, and we can never go wrong with such reforms”. The Georgian colleagues who expressed worries about the surge of criminal activities in case of drug use decriminalization were assured that Czech reforms have resulted in total elimination of drug-related organized crime in the country.

“The discussion about drug policy often comes to a dead-end, as each side presents evidence from different counties and of varying reforms. To see the results of drug policy reforms in countries like the Czech Republic is very inspirational. Currently, Georgia does not differentiate between problematic and recreational use of drugs, and prohibitive legislation applies to any substances classified as illicit – from marihuana to heavy opiates. Is seems reasonable for Georgia to explore this issue further. As the Czech experience shows, the country is very liberal on recreational drug use, as evidence does not suggest that prohibitive measures limit this, anyhow,” says Mari Chokheli, Harm Reduction Program Coordinator of Open Society Foundation in Georgia.

The selection of the Czech Republic as a destination for this visit was obvious – the country was one of the first in the region of Central and Eastern Europe to start the implement harm reduction programs. Moreover, civil society has played an important role in the process of drug policy reform:  the National Commission on Drugs, which the Georgian delegation visited today, was established in 1993, after the country’s largest NGO sent a memorandum on the need for such a body to the Czech government. Now the Czech network of NGOs working in the field of harm reduction is one of the most developed in the post-soviet space. 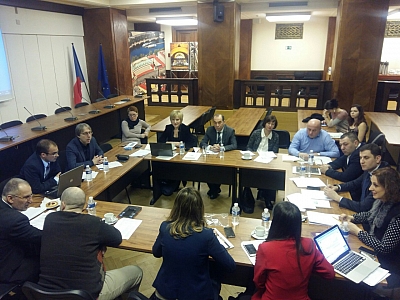 During this study-tour, the participants will also meet with officials from the Ministry of Internal Affairs and the Ministry of Justice, visit the National Drug and Dependencies Monitoring Centre, Municipality of the city of Prague, Charles University clinic of addictology, needle and syringes exchange and substitution treatment sites, drop-in centers, as well as communicate with representatives of NGOs and communities of injecting drug users.

The study-tour is organized by Eurasian Harm Reduction Network in the framework of the Regional Program “Harm Reduction Works – Fund It!” funded by the Global Fund to Fight AIDS, Tuberculosis and Malaria and by Open Society Georgia Foundation. The Georgian delegation is composed of high-ranking public officials from various governance bodies – the Ministry of Labor, Health and Social Affairs, the National Center of Disease Control and Public Health, the Ministry of Interior, the Ministry of Justice – as well as Police Academy, Open Society Foundation Georgia and Georgian Harm Reduction Network representatives.